On a macro level, there is no larger influence in exchange rate values than central banks and the interest-rate decisions they make. In a general sense, if a central bank is raising interest rates, that means that their economy is growing and they are optimistic about the future; if they are cutting interest rates that means their economy is falling on hard times and they are skeptical of the future. This type of visualization may be overly simplified, but it usually is the way central banks respond to changes in their economies.

Since the Great Financial Crisis of 2008, most of the major central banks have administered policies of more communication to more effectively signal to the market their intentions for the near future. If a central bank is telling you that they may raise interest rates sooner rather than later, it might be a good time to buy that currency.

Sometimes the value of a currency can inflict undue harm on an economy so much so that the nation’s central bank feels the need to step in and directly influence the value in its favor.

For instance, a nation that is dependent upon exports, like Japan, doesn’t want to see its currency gain too much value. This chart of the price of a DVD player helps visualize that relationship:

Exporters in Japan would rather see the USD/JPY (U.S. Dollar/Japanese Yen) at 120 than 80 as they would be making much more money for their product. Otherwise, they would have to increase the selling price of their product which could negatively affect the amount sold. This creates quite the dilemma for exporters, particularly when their currency is appreciating.

To counteract their currency appreciating wildly, central banks can exert their influence by flooding the market with their currency by releasing previously unavailable monies (reserves) and making them available to the public. The increase in the amount of currency available dilutes the value of the money already available and the currency naturally devalues.

Double No Touch (DNT) options are the specific type of option that interests FX traders the most. These types of options are usually placed on round numbers in popular currency pairs like the EUR/USD or USD/JPY and are often targeted by extremely liquid investors. If a currency pair moves quite a bit and it nears these psychological points of interest, sometimes it surges beyond that level and then retreats away from it just as quickly. Other times, the market gets close but never quite gets there before backing away from that level.

In their simplest forms, fear can turn a falling instrument into an all-out panic and greed can turn a rising market into a blind-buying spree.

The late 1920s is one of the more famous examples, when buying anything and everything on Wall Street was in vogue. Greed was at an apex as the popular thought process would be that stocks would rise in perpetuity. Then Black Tuesday hit and fear led to the Great Depression.

The link between the two emotions can go the other way, too. The crisis in the Eurozone and, in particular, Greece, in the 2010s led to the extreme selling of the EUR currency as fear dominated mainstream thought. Soon after, though, greed kicked in and drove the currency to levels that were detrimental to employment and inflationary dynamics, so much so that the European Central Bank had to force devaluation through a variety of market mechanics.

While it may be easy to point out the effects of fear and greed on markets after they have acted upon them, choosing the moment when they flip in the present is difficult.

Some news is planned and some isn’t, but both can move the market in very extreme ways. News that is scheduled is fawned over by many investors and can move markets on a regimented basis. As for the unexpected events, there’s not much we can do about them; you simply manage risk and hope you don’t get negatively affected.

Not all scheduled news events are market movers. Part of your job as a trader is to recognize when the major market-movers are happening in addition to how to navigate them. For instance, as a general rule, employment reports from the major financial centers tend to move markets more than a manufacturing sales report, and a retail sales figure riles things up more than a monetary supply report.

The Economic Calendar is a great resource to help you determine which reports provide the most punch. While not all important news events like a Non-Farm Payroll release or a central bank monetary policy decision move the needle when their number is called, they have the highest probability of doing so, and knowing when the markets will move can be one of the greatest advantages you have as a trader. 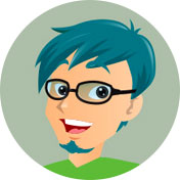 Basic of Fundamental Analysis For Stock And Forex Trading